All of a sudden, everyone in the room moves forward to the stage. After 90 minutes of intense puzzle solving, what is believed to be the backdoor password for the CERTES satellite has been deduced. With the emergency relay console showing on the big screen, it now falls to one brave cybersecurity professional of the future to enter the code into the laptop. If the password is wrong they will be locked out forever. As the value is entered, a hush descends on the room. Time seems to slow as the system pauses. After what seems like an eternity, the code is accepted and access is granted. The crowd explodes into rapturous applause and cheering. The mission is complete!

This was the final scene at the last of three Cyber Start Elite Camps which were recently held in Manchester, Bristol and London. These camps being the final stage in HM Government’s Cyber Discovery Programme - an extracurricular learning programme designed to inspire young people to consider a future in computer security and to identify those who already possess exceptional talent in the subject. These camps provide the most talented young people with an opportunity to learn cybersecurity skills from those currently working the industry.

Within the classroom-based setting that is so common in formal education, young people rarely have the opportunity to use their own initiative to solve complex and unusual problems. However, as soon as they begin their career, particularly in a diverse industry such as cybersecurity, it is these skills that will set them ahead of the competition and lead them down the path to success. So what would happen if you dropped the youngsters into the middle of the unfamiliar scenario of needing to save a satellite from a group of hackers?

At the Cyber Start Elite Programme, this is exactly what happened. We developed a series of team-based challenges and puzzles designed specifically to enable participants to use their initiative and develop skills in problem solving, communication and collaboration. The activity was brought to life using our signature storytelling and immersion to facilitate scenario-based learning. Within the context of this event, our approach also gave the participants an opportunity to take a step away from their screens and flex their creativity, whilst learning and developing a whole range of skills that will be key in their future careers in cybersecurity.

After a video briefing from one of the in-game characters, seemingly isolated puzzles were given to the participants who had been split into small teams. They quickly started trying to solve the puzzles, all hoping to be the fastest team to complete the challenge, but would they realise that working alone was not the solution? 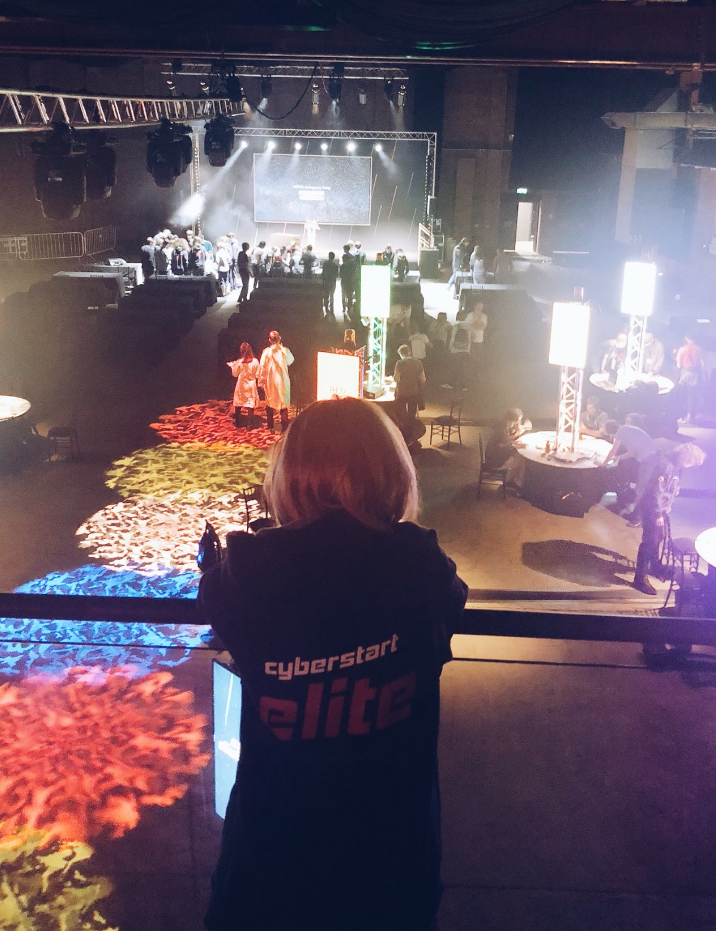 After initially gaining access to all their team's puzzles, the ten teams each had their own journey of enlightenment, realising one by one that they would need to join forces in order to have any chance at success. Although challenging, the game was carefully designed to ensure completion would be guaranteed if everyone worked together - an essential component in the game design to ensure all participants share in the positive feeling of success at the end of the mission.

Making this step from the competitive silo based mindset to a collaborative approach is no easy thing. To do this without being told to do so is even more difficult for youngsters who are used to the structure and constraints of formal education. But having the courage to break free of the assumed constraint of not collaborating is one of the most important outcomes of the activity. In fact we believe it is a behaviour that more than any other will bring success in a career and in life! Not a bad lesson to learn from a puzzle based game!

Any cookies that may not be particularly necessary for the website to function and is used specifically to collect user personal data via analytics, ads, other embedded contents are termed as non-necessary cookies. It is mandatory to procure user consent prior to running these cookies on your website.